Mum and Dad on the way to the airport at 04 o'clock in the morning.

[hedda] with mum (Britt) on Skavsta.

Hedda in Rome. It's outside the Republica Metro station.

Our first Roman lunch on Grancaffe´Strega.

Stuff sold outside of Colosseum.

The queue to (inside) Colosseum.

A view towards Foro Romano (Rorum Romanum) from Colosseum.

The outer wall of Colosseum (rebuild lately and not from the Roman age).

Dad outside of Forum Romanum on Via Dei Fori Imperiali (The parade street built by Mussolini).

Saint Peter with his keys to heaven. Hadrian used to stand there, but was replaced with a Christian statue.

The (pregnant) lady with the eardrops and blue t-shirt was our Australian guide. She was quite good, but kept saying that we soon will be getting into the shadow, which not really happened... (But we got into some half-shadow finally)

All the people outside Fontana di Trevi. 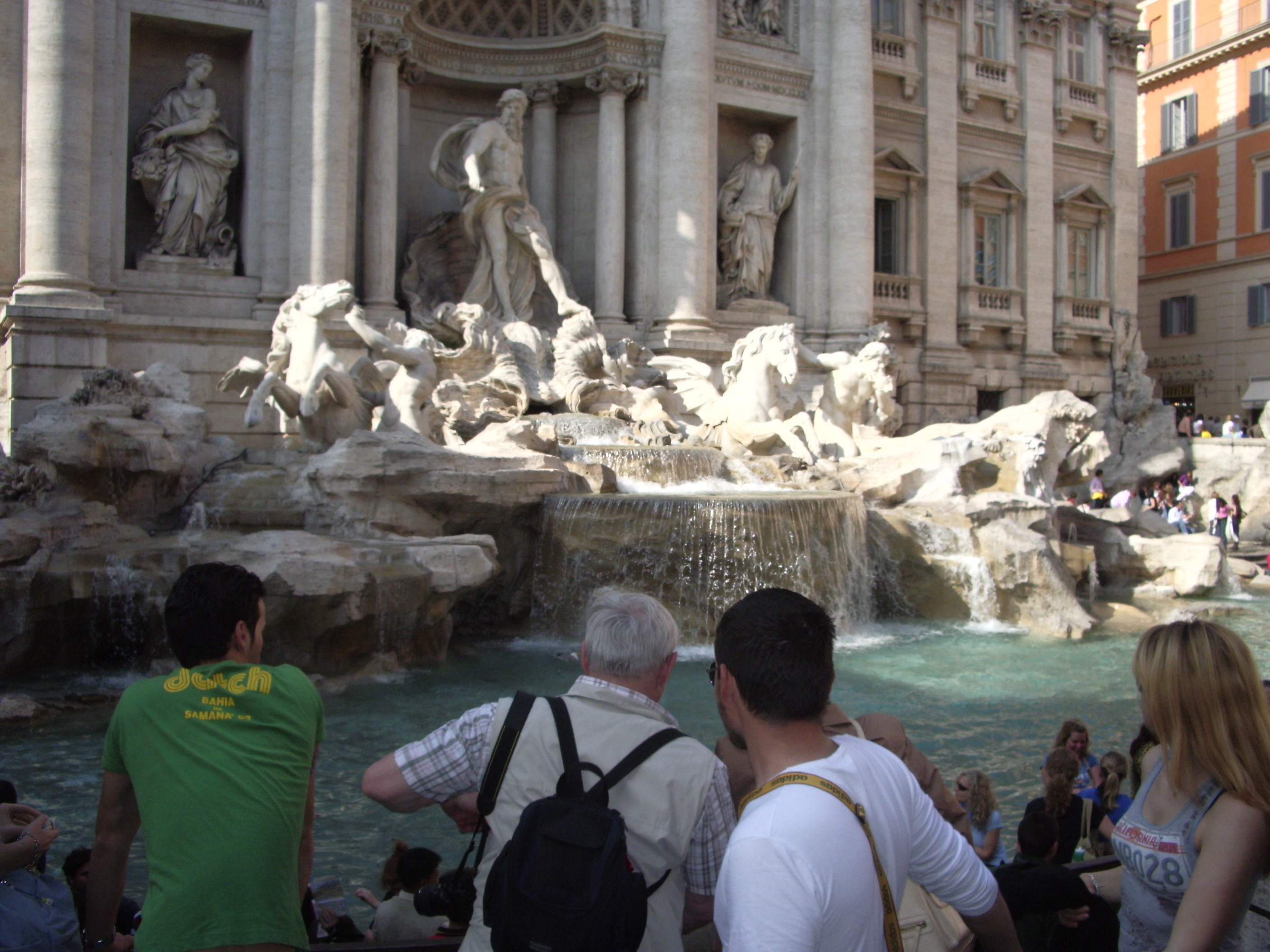 Bernt and [hedda] in front of Fontana di Trevi.

Bernt, Britt and [hedda] on the Green blue bar Café right across the hotel Paris.

The stair to the Vatican Wall.

The huge queue to the Vatican Museum.

The Vatican Wall and the end of the queue.

The guide Steven and our group and Bernt.

Our guide Steven outside of Saint Peter's Church.

The Constantin statue that shows his illumination by sending in light on him on his horse.

Bernt and Britt and the Charlemagne statue in the background.
(http://en.wikipedia.org/wiki/Charlemagne)

Inside the Saint Peter's Church. The letters to the upper left are 150 cm high and the ones up in the middle are 250 cm high!

As you can see, the paintings in the church are actually mosaics.

Which you can't see here...

Luki, the guide assistant, behind our guide Steven.

The bronze monster structure in the center of the church.

A try to get a focus on the bumble bees, but my camera runs berserk with the autofocus when I use the zoom.

I'm trying to take a shot at the globe where the center of the World is Rome and the spike goes into England, but the autofocus is messing it up again, and the light was too bad.

The statue that was vandalized by a madman in 1972, but now is restored.

The Saint Peter's Church dome seen from the Vatican Museum.

Sphere Within A Sphere
You can find the same sculpture in the courtyard outside the new library at Trinity College, Dublin and in other places too.

Rome seen from the Vatican Museum.

The same, but to the left.

A classic statue castrated by the Church.

And another castrated statue.

South of Italy. It's of course shown upside down as everything should be "seen from Rome".

The Cappella Sistina ceiling. Just to prove I was there... You have much better photos on for example:
http://www.christusrex.org/www1/sistine/0-Tour.html

[hedda] and Bernt in front of the Saint Peter's Church.

Ponte Vittorio Emanuele II, I think. And a part of Britt.

Bernt at a horribly expensive restaurant on Via Borgognona called Cafe Romano.

The bathroom inside the hotel d' Inghilterra which was the same as the restaurant.

Bad weather stopped the view over Rome taken from Pincio.

And that would be Pincio.

I was sick all day and stayed at the hotel room.

Wating for the bus from Anagnina (where the Metro Line A ends) to Ciampino.

2007-04-19 Black Raven: Wow!nice photos!especially the ones you take in the plane from earth.

2007-05-03 [shinobi14]: Wow, Hedda! Great photos! I hope you had a nice time, which it looks like you did. =] The Vatican castration looks familiar. ;) Now i know where you get such funny photos for the fun photo contest! =D